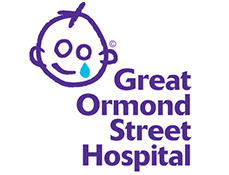 I had the chance to help out The Great Ormond Street Hospital Children’s Charity, at Brent Cross in London on Sunday by performing as a Close-up Magician. This was a great chance to help a great charity to help and raise some money for the hospital.

I walked around the shopping centre showing close-up magic tricks to the public to help raise money. Some of the kids there were going crazy over the magic and just kept following me around, which shows that they enjoyed it. Most of the adults that I got to show my magic to were amazed, I think this is because they didn’t expect to see magic whilst out for the day shopping. There was lots of other things for people of all age groups and families to do at the shopping centre which helped raise money. There were tables set up in the centre with different sections such as cake decorating, face painting and also a street dance group (Flashmob) which all helped towards the success of the day… (have to say the cakes were delicious)!!

My favourite trick that I was performing on the day was giving out stickers for the charity and once people had the stickers on them I would them pull out sponge balls and other things from the sticker! it’s like a wormhole sticker!

It was nice seeing a mix of groups all coming together to help the charity. Everyone at the event really seemed to enjoy themselves, even though it was 32 degrees!! But after a long hard day of work, the total that everyone helped towards was a massive £3353!! Really pleased with the result hope the charity will gain from this.

The event coordinator was please with the outcome and said this “Thank you so much for helping out yesterday! It was such an amazing (and hot) day, but you really were incredible and you really helped towards the end total of £3353! Can’t even explain how much your engagement means to me.”

If you have any charity events coming up and would like me to perform close-up magic to help with the event, then please get in touch.

Email The Magic Word at bookings@themagicwordmagician.com or click here.