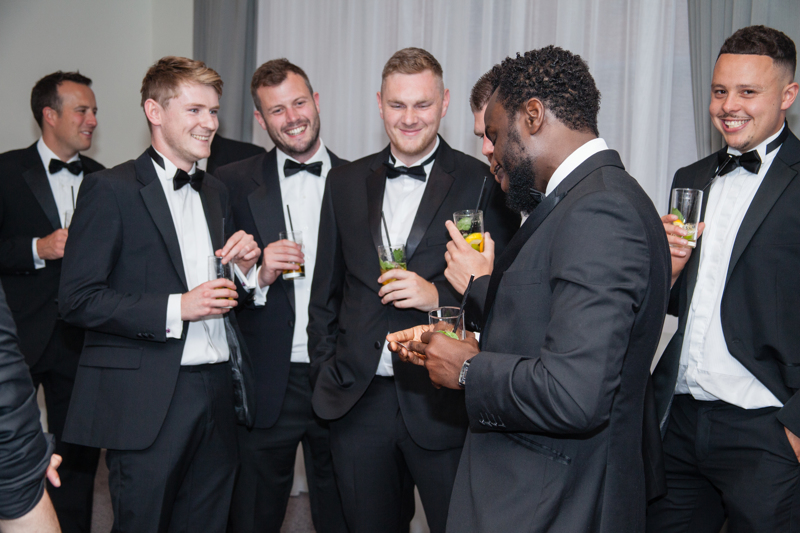 Hire a close-up magician for corporate retreats to get teams thinking!

According to top executive mentorship firm Arden Coaching, team retreats are all about building trust. That conviction takes work to build up, but once it’s in place it becomes an invaluable asset to your company. It allows employees to come to each other with challenges, to request feedback for improvement, and to feel confident in their leadership. That formula leads to growth, both for individual colleagues as well as for the business itself. Bringing in a skilled close-up magician for corporate retreats reinforces that trust exercise. When faced with some dizzying sleight of hand, every non-magician is on equal footing—unlike the boardroom where the boss is the boss. In other words, having the opportunity to watch your manager get bamboozled outside a business setting is perfect for breaking down status barriers. Even the gaffer sometimes gets fooled!

Think outside the box

One of the most common reasons for planning an off-site day is to get your teams creative juices flowing. A change of scenery certainly helps with that. But a team really benefits when some professionals help them view problems differently. Chiefly this involves hiring in strategy consultants, management coaches, and similar specialists. The fact is, however, that these types of experts are still explicitly focused on company goals and business trends. To really get the cogs turning, a clever close-up magician for corporate retreats will showcase a whole new world of possibility. Because a close-up magician works directly amongst their audience, people don’t have the opportunity to feel remove from what’s happening. The trickery occurs not only right in front of them, but also with their active participation. When the seemingly impossible becomes possible, breakthroughs in innovative thought follow.

Opening employees’ minds to new ways of thinking is without reservation a critical ingredient in staying competitive in business. On balance though, putting together a dream team who can leverage brain power by working well together is the real pot of gold at the end of the retreat rainbow. This is where a close-up magician for corporate retreats really works their wizardry. During those few minutes of performance, either the magician recruits one or two people to assist, or the magician pits themselves against the audience in what feels like a battle of wits. Either way, the participants have to work as a team, whether its with the magician or against them. It may seem like a small moment. But the fact is, spontaneous situations where people are unexpectedly made to work together help build bonds of reliability. And that, perhaps surprisingly, will carry over into office life, too.

The power of fun might be last on Entrepreneur Magazine’s list of tips for a successful retreat, but that doesn’t mean it isn’t absolutely important. In fact, it really ought to be a top priority. A retreat is, in the first place, meant to shake things up! After all, what’s the point of getting out of the office if you just recreate that same old setting somewhere else? And of course there’s no better way to dust away the mental cobwebs than by letting loose and enjoying yourself. A really well-planned off-site event will without a doubt include some quality entertainment for this purpose. And if you truly want to engage absolutely everyone, there’s no better option than to hire a close-up magician for corporate retreats. Keeping their senses stimulated during downtime with some fun illusions primes them for other new experiences at the next session! So don’t forget The Magic Word when you’re planning your next team retreat. We’ll get them pulling new ideas out of their hats in no time!