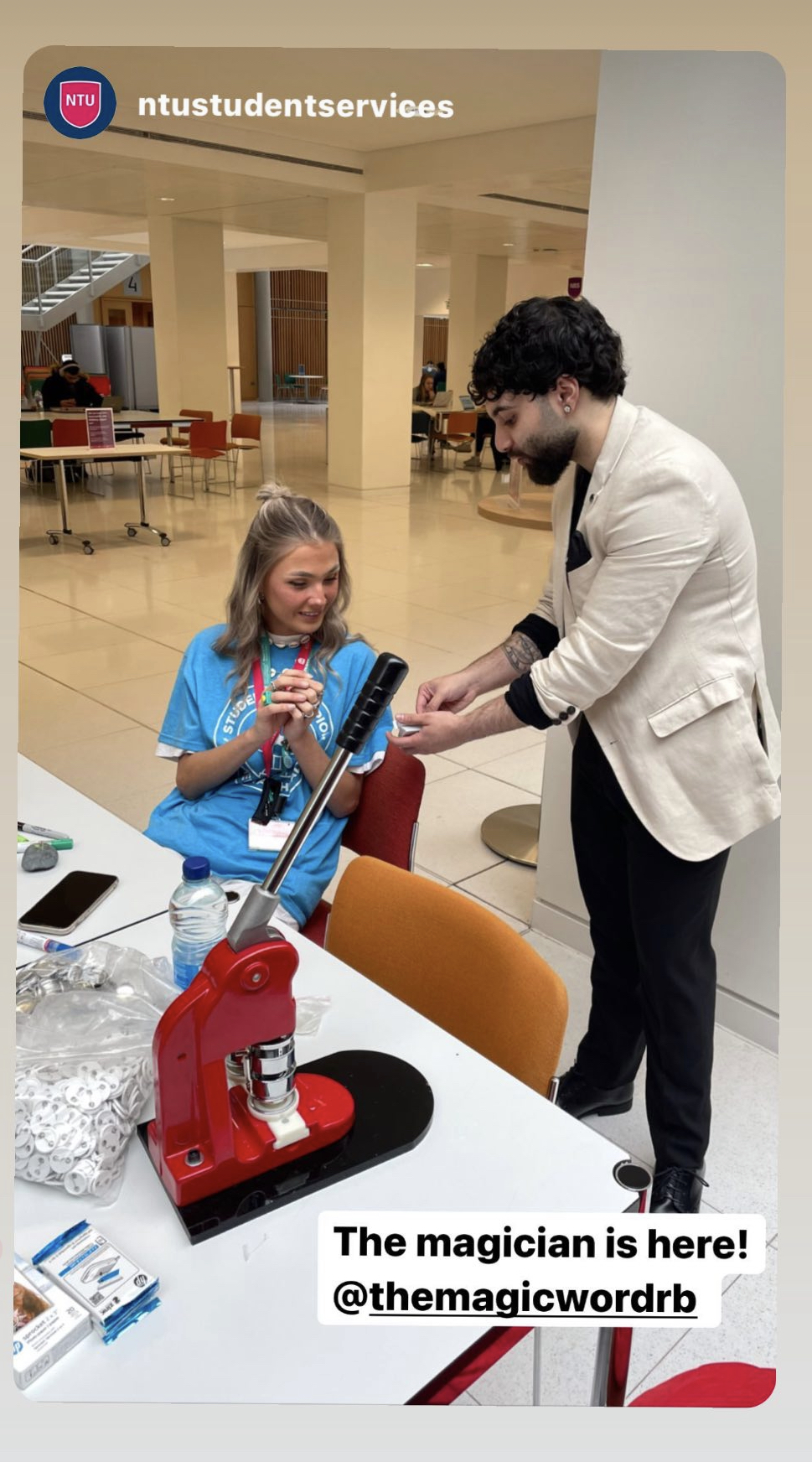 I performed as a Professional Magician in Nottingham for an event that took place in the City Campus. This was the fourth time I was back at the University as a close-up magician. Find out more and watch the videos of the last few times I was performing in Nottingham.

The event again was based on health and wellbeing. The city campus is by far the largest campus I had been to in Nottingham, and was one of my favourites.

I performed a wide range of magic tricks from magic with cards, borrowed objects, money, Rubik’s cubes and ropes! But this time, by far my favourite was performing an impossible ink transposition! I drew an ‘X’ on my hand with sharpie and made it vanish, only to appear on the spectator’s hand! People were freaking out by this as it was just impossible. “What just happened” and “OMG how did you do that” were used a lot by people witnessing the magic as they just couldn’t believe what was going on.

If you’re looking to hire a magician in Nottingham for any event such as a corporate event, wedding or party, please get in touch as I would love to perform for you and your guests.