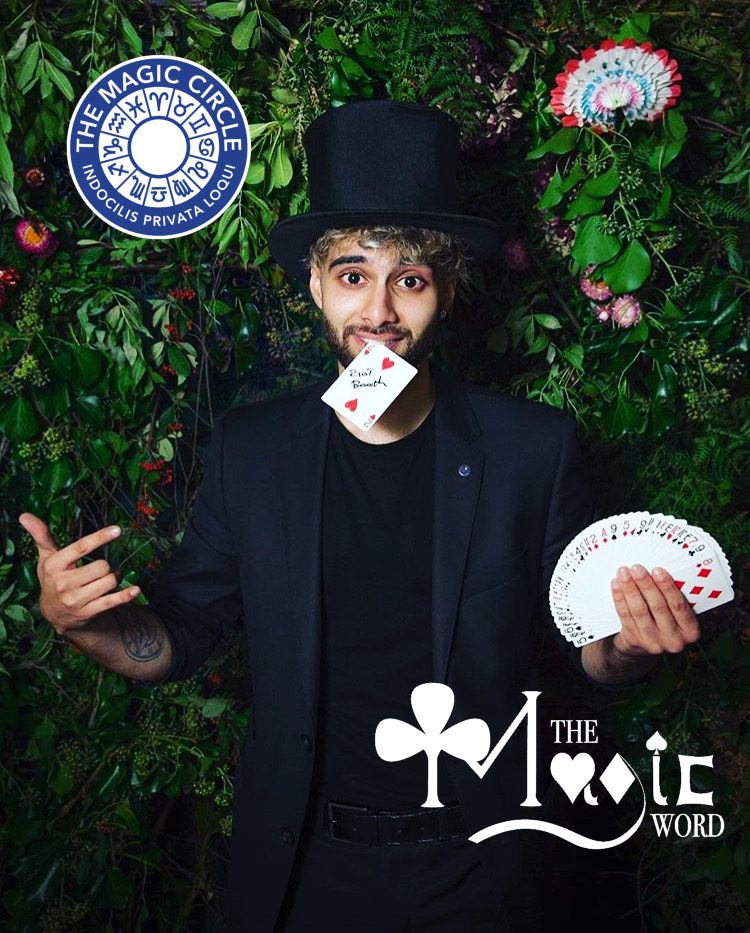 Close-Up Magic Across the UK: Performing for HSBC

Leicester to Manchester to Surrey!

The white painting on the road said ‘A6 – City’ as I pulled off the roundabout. Not again! I’d been here twenty minutes beforehand in my attempt to follow the sat nav to the right destination. Get used to it, I told myself, this is the life you want – the travelling magician.

And I’d planned for it. Be early. Be professional. I had the time to spare.

I just didn’t want to spend it desperately searching for the right part of Leicester University!

This was my first time in the area, as I expanded my reach over the UK. Reach that was going to hop from here in Leicester to Manchester and then Surrey over the next couple of weeks. I’d been booked by HSBC bank to provide magical entertainment for their staff conferences. Three events, three different locations for three different regions. It was sad I couldn’t do their fourth, but I was already booked that night.

I finally pulled in to the parking spot. “The Magic Word has arrived!” I felt like shouting to the pigeons. I didn’t – that would have been pretentious and embarrassing, and the pigeons didn’t care, but after the struggle with the computerised directions, just turning up had become an achievement.

“Hello, are you the magician guy?”

I turned. The voice came from a bald man with the kind of beard that in its neatness and considered length somehow outdid my own – maybe I should grow mine to evoke thoughts of the greats: Gandalf, Dumbledore, Merlin – those sorts of wizards. I paused in this self-indulgent pondering for just a moment before his genuine smile and proffered hand pulled me back to reality.

“The Magic Word,” I introduced myself.

“Great, I’m the Doodles the Caricaturist. I’m going to be here sketching. I guess we make up the entertainment.”

We walked together to get a drink before everything started and spurred on by his obvious enthusiasm I decided it wouldn’t be too unfair to entertain my new co-entertainer with a few pre tricks. The staff at the event had a little off time too, and together we laughed as I had a final practice of some of my material – a practice that became the main event as people poured from the conference to join us.

It went in a blur, but there was no doubt that the Sponge ball Trick became the star of the show. I love that trick – it goes like this:

•Arrange for The Magic Word to entertain your guests at your next corporate event and make your it stand out from the rest!

•Witness the marvel of the Sponge ball Trick alongside many other close-up marvels!

They all wanted to know how it was done! Haha! If only I had a penny everytime someone asked me that question!  It would of course be breaking the code to dispel the illusion, as well as putting myself out of a job.

Leicester was only the first of the three events I was doing for the banking giants. On to:

Manchester – Personal Magic in the North

Like myself, Doodles was booked for the whole run. It was great seeing someone I recognised and as we prepared ourselves for this outdoor BBQ event that was also to include live music, we were joined by a fortune teller.

“Cross my palm with silver,” she didn’t say, sidling up to me. It was enticing – I would love to know all about my upcoming TV show, like when someone is going to approach me to commission it, but alas I had audiences to impress and was unable to find the time to sit with her. Maybe another day.

Outside in the warm sunlight with the smell of burgers filling the air, it was easy to lose the time. We all entertained and enjoyed ourselves well beyond the expected end time, but with the delightful atmosphere, there was no sense of wanting to stop. Out came some amazing tricks with cards, coins, ropes, Rubik’s cube and fire! t oh yeah and the spongeball Trick again – and this time some admitted they’d made time to come to this event in addition to Leicester just to see it once more.

Darkness finally descended, and we packed up our things. What a fantastic event! Where next?

A Magical Event at The University of Surrey

Roll up! Roll up! Come see close-up magic performed by the finest magician in the land!

The crowd at the third HSBC event were no less enthusiastic than their colleagues from Leicester and Manchester. They joined Doodles, our fortune telling friend and myself for another great night of entertainment. Cards and coins, fire and a little brimstone and my very best prestidigitation.

Time can whirl on nights like this, and it was sad for me to be painfully aware of it. The HSBC bookings had come late in the calendar and I was not only going to have to miss the fourth, but also had to leave this gathering thirty minutes before the end.

Like children, they clung onto my cloak, begging me on their knees to stay just a little longer but I’m a professional – I didn’t want to let down other clients and had a bit of a drive ahead of me.

“Just the Sponge ball! One last time!” they clamoured.

And just as suddenly as that it was all over. I drove to another event with my head filled with the tangibility of recent memories and a soft smile for the new friends I had made, but the life of the travelling magician is always to move on. Perhaps they will ask me back, perhaps someone new will put on an event of a similar calibre. It’s all yet to come.

I should probably have found the time with the fortune teller to find out!

My thanks to HSBC for a really great set of audiences – I look forward to next year!

Looking To Booking The Magic Word For Your Next Corporate Event?

It’s not just the Sponge ball! If you would like me to entertain and amaze your guests at your corporate event, just get in touch! The Magic Word can come anywhere in the UK!

Find out more about magic at corporate events!

One Thought on “Close-Up Magic Across the UK: Performing for HSBC”